Looking into my darkroom shelves you would think there should be more than enough paper to keep me going for quite a while. The short answer to that is of course yes absolutely, as long as you're not too picky about the final look on the print that is.
If you think there's a great difference in between film types and qualities, well then go ahead and try a few different papers and check out the differences on the final prints which is enormous compared to different film types. 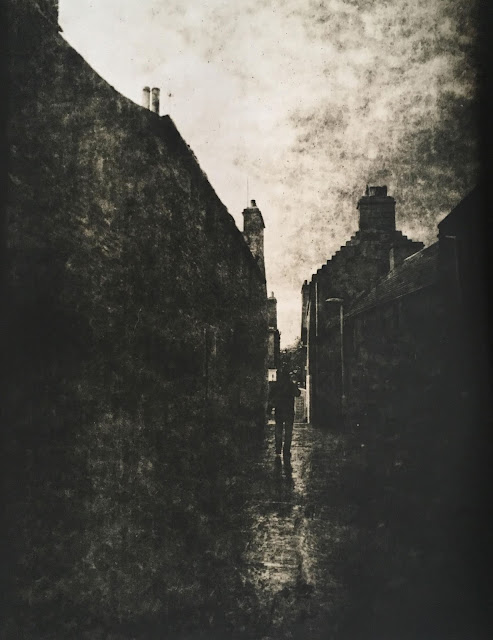 You have of course seen this shot a few times before if you've been through this blog a few times, but I've never lith printed it before. I think this phone photo of the print should give you a pretty good idea of the look of the print. It's rough as heck, but I like it a lot for this sort of look.

I have wanted to get my hands on some Slavich paper for quite a while now, but for some reason it has just never happened that I have put the order in. My usual suppliers of paper do not stock it, so the solution for me was to get it from Slavich's distribution company Geola, over in Lithuania. No problems whatsoever to get what I wanted from them, but the shipping and tax cost was a bit high from what I remember.
Their Baryta based "Unibrom" paper comes in two grades, Normal and Contrast. I only had time to do a few tests on the Normal paper, but will post examples from their Contrast grade as well some time. 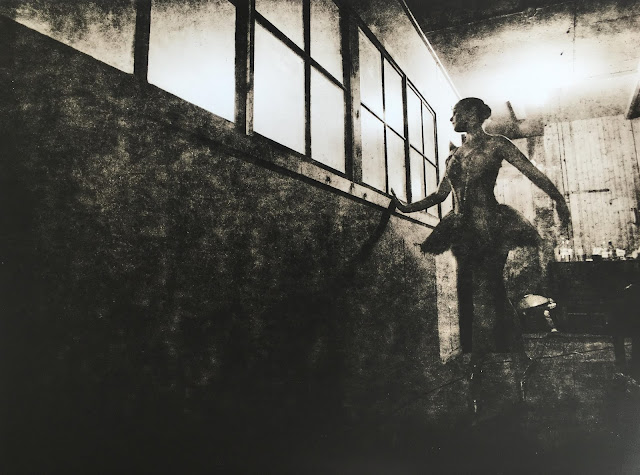 My Ballerina shot done a couple of years or so back in time. This got a very different feeling to it all of a sudden when using the Slavich paper compared to the smoother Emaks paper from Fotokemika which I've used for lith earlier.

I only tested the Slavich paper in lith developer (LD20) due to time issues (as usual). What I really liked about it is the rather extreme graphic looks it gives in the shadows, and the beautiful and warm tones (yellowish) I got in the highlights.
And before you start to ask me what kind of test this is... well, it's not a test as in such. I only made three prints to see what it looked like, so if you need a deep test in all sorts of conditions and all sorts of developers compared to whatever else, I'm afraid you'll have to look elsewhere. I will probably come back though, with more prints and hopefully less words.
Lagt inn av Roy Karlsvik kl. 23:22 7 kommentarer:

Testing period of my converted to LED lights enlarger

Hi again, folks!
I know it's been quiet for some time again from this part of the world, but I have had things to do I'm afraid. Some fun stuff, and a bunch of boring things on the forever growing "to do" list. We're trying to sell the house as you might already know, which means a lot of really tedious things that just have to be done. I'll spare you the details! 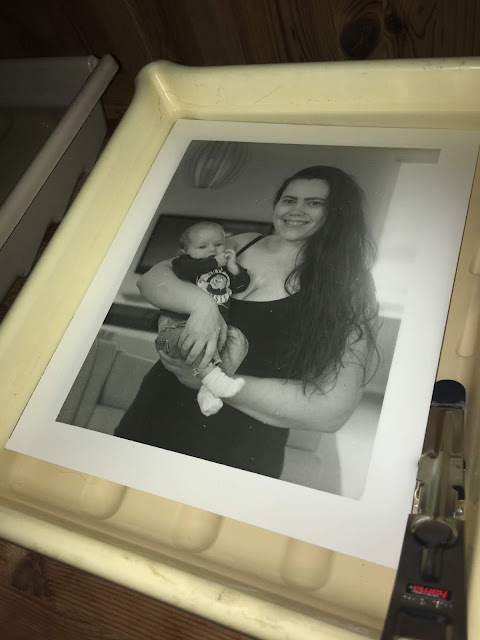 Just a quick phone shot of one of the few prints I've made with the home made LED module I made for my enlarger. This was not the final print, as I found out I had been a tad to careful with the blacks in this one, but you'll get the idea. Just to make everything right, this is not one of my own negatives but one I had printed for a friend that is just starting out with film. More of that later, but it seems I have managed to pull at least one guy over to the darker side...

I have luckily also found some spare time to spend inside the darkroom lately, just to try to figure out how to use the new LED setup inside my enlarger. I finished the building of the thing the last time I was home, had it checked on the bench and then had to leave for six weeks while in Brazil working my sweat out.
I have now mounted the light (or LED) module itself inside the enlarger, but the LED drivers and some electronics are still hanging outside making the thing look like something the cat dragged in. Still, I just had to get it all tested with negatives and paper. I mean there's no reason to do a lot of work on it just to use hours to dismantle the whole thing again when something did not work as planned, right?
So I had the LED module mounted and a negative stuck inside the enlarger and started to work on paper again. And yes, I just have to admit that it seems like I have done the right thing! It's different to work with of course, but then again I knew that much before I started this journey too many moons ago.
It works!!
The green LED's are giving me nice transitions from white to middleish greys, and the blue leds being quite a lot tougher than I thought are giving me rich and really nice blacks, which is the whole point after all.
I have only done a few test prints up until now, but I'm hoping to be able to do a bit more serious work with it during next week. This week will have to be dedicated to that boring stuff mentioned above.
What I do see is that there's obviously a lot more of the blue light there than my eyes are seeing, making it a bit difficult to control at this early stage. I will get used to it though, I know.

I am not where my darkroom is at the moment, so I can't give you any phone snaps of the thing right here and now. I will of course come back to the details at some point just to show you that it can be done if you're a bit dedicated...
You may also remember that I had a new timer built, and a digital LED controller for me to be able to turn on and off the right LED's and to dim them to the level I need them to shine through any given negative. Well... they all work as intended and I'm happy to say I'm quite satisfied with the whole thing. Now I only need to put all cables, transistors and resistances into somewhere to hide them away. But first I will have to make a few more prints I guess.
The first impression is at least almost overwhelming, but I'll come back to the details and a few examples some day when I got something to show off.
Lagt inn av Roy Karlsvik kl. 23:39 2 kommentarer: